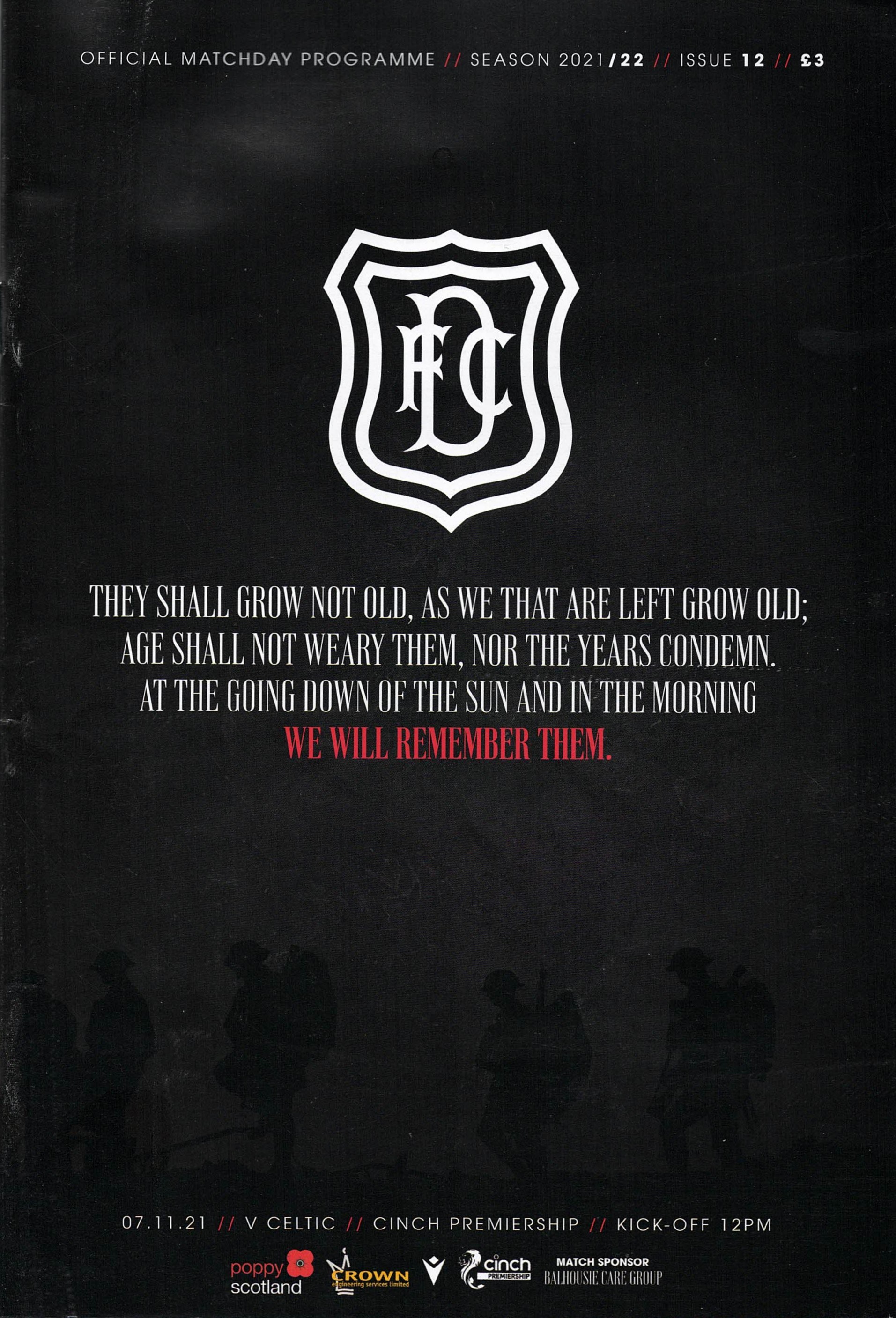 Celtic ran out 4-2 winners in the lunchtime match at the Kilmac Stadium this afternoon. The game was settled by early goals in each half. Jota and Kyogo scored in the first 20 minutes but Danny Mullen quickly pulled a goal back. Celtic added further goals from Jota and Kyogo in the first five minutes of the second half and threatened to run away with the game. However, the Dark Blues prevented any further goals and Lee Ashcroft scored a consolation goal for the Dee.

Dundee made two changes from the team that beat St Mirren last week. Danny Mullen retained his place after coming on for the injured Cillian Sheridan, and Christie Elliott replaced Luke McCowan, who was on the bench.

Celtic took the game to Dundee from the kick off and the Dark Blues were pinned back in their own half. The pressure was relentless and an early goal was no surprise. However, it carried a huge streak of luck when it arrived. Anthony Ralston hit a low shot from 20 yards. It took a deflection off Ryan Sweeney, struck the post and rebounded to JOTA who scored easily with the officials failing to notice that he was well offside when the original shot was struck.

A difficult game for the Dee became even tougher when Celtic added a simple second goal after 19 minutes. Ralston ran to the byline and chipped over a cross for the unmarked KYOGO to score with a close range header.

The Dark Blues did not let their heads drop and fought back with a quick goal in response. Paul McMullen and Paul McGowan exchanged passes on the left and McMullan dropped a lovely cross into the space between the central defenders and Joe Hart. Danny MULLEN was quickest to respond and nodded the ball past Hart.

Five minutes later Mullen attempted an audacious equaliser when Cameron Carter-Vickers failed to control the ball dropping into the centre circle. Mullen pounced and hit an instant shot from 50 yards over the stranded Hart, but the ball sailed wide.

The Dark Blues fought hard but Celtic’s dominance was unshakeable, hogging possession and constantly pushing for a third goal. Dundee might well have had a penalty when Nir Bitton pulled Mullen to the ground as a corner came in, but again fortune favoured Celtic.

The Dundee defence held firm under pressure for the rest of the first half, and it was only in injury time that Celtic created another clear chance. Stephen Welsh headed wide at the far post from a corner when he should at least have forced a save.

Celtic hit the Dee with a blisteringly fast start to the second half and added two more goals in the first five minutes. Jordan Marshall failed to clear a dropping ball on the left, then Charlie Adam didn’t connect properly with his tackle, allowing Ralston to cross to the near post. JOTA darted in to stab the third goal home with the outside of his foot.

Three minutes later Jota moved back to the left wing to set up the fourth goal. He played a quick one-two and pulled his cross back for KYOGO to hammer his shot off the inside of the post for number four.

The outlook was grim for the Dee but they did not capitulate. The Dundee defenders kept their heads and the Celtic onslaught abated. The Dark Blues could still make no headway in the Celtic half, however, and the game was played almost entirely in the home half.

Luke McCowan came on for Charlie Adam and Jordan McGhee replaced Christie Elliott. McCowan did well to get a shot in from 15 yards following a free kick, but it was straight at Hart.

Midway through the second half Dundee grabbed a second goal following another free kick. The ball was cleared to the left, and McMULLAN again dropped a tempting cross behind the central defenders. Hart came off his line, but too late. Lee ASHCROFT had stayed up following the free kick and rose to head a simple goal past Hart.

The goal put a gloss on the scoreline, and offered some reward for Dundee’s efforts in the second half, but it did nothing to shake Celtic’s superiority. The rest of the match was spent with Dundee battling to keep Celtic out. The Dee managed to prevent any further scoring, but they had to rely on poor finishing from Celtic substitute Giorgios Giokoumakis. James Forrest ran onto a superb defence-splitting pass from Callum McGregor, rounded Legzdins and set up Giokoumakis who swiped his shot over the bar under pressure.

At their best Celtic were far too good for the Dee in attack today. In the match’s opening 20 minutes and the first 10 minutes of the second half Celtic’s attacking was devastating, a cut above anything that the Dee are likely to face from anyone else this season. In defence Celtic were far less impressive, and Dundee expoited their weaknesses with two well taken goals.

With 40 minutes to go it looked likely that the final score would be far worse than 4-2. Dundee did well to stop Celtic running away with the game, but the visitors always had plenty in reserve in the second half. The Dee might have nicked another goal against a fragile defence but Celtic could easily have stepped up a gear at any point to finish Dundee off.

Celtic got lucky with a couple of controversial decisions in the first half, but they did not change the course of the game. Celtic were always well on top, and with their fast, skillful attackers they would almost certainly still have gone on to win the game comfortably. 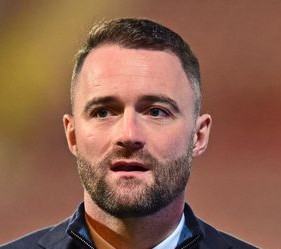 Good afternoon and welcome to the Kilmac Stadium for today's match with Celtic.

I'd like to start by welcoming Ange and his backroom staff along to the game today. We come into the match after a big win in Paisley last weekend.

The performance and result against Ross County last time out at Dens was unacceptable so to go there on the back of that result it was a massive display.

As a group we accept responsibility for the night of the County match and knew we had to work hard in the short period of time to bounce back straight away.

The players deserve the credit because that is a tough place to go to and they showed attitude and desire. I'm so happy for them. They deserve it. We hurt as coaches. We can say it's for the fans but that one was for the players because they've hurt as much as anyone.

They had to play on Wednesday then turn up and put on a performance like that.

They were down and they were on their knees but when everyone was rightly criticising us they can now stand and be tall.

Now onto today and our last game for a few weeks so we are looking to head into that on the back of a big result.

We know how good a side Celtic are. we've had them watched on a number of occasions and know we will have to be at our best this afternoon to get that result.